raybradburyboard.com
Anthems and Accuracy
This topic can be found at:
http://raybradburyboard.com/eve/forums/a/tpc/f/3791083901/m/7771063372
dandelion
Anthems and Accuracy
Here's an early Saint Patrick's Day present for you all. Having always wondered about the film described in "The Anthem Sprinters" ending with Deanna Durbin singing "The Lovely Isle of Innisfree," I decided to use internet resources to run it down if possible. This enabled me to learn that the composer of "The Lovely Isle of Innisfree" was Richard "Dick" Farrelly. Here is a link to a wonderful story on him: http://www.unison.ie/meath_chronicle/stories.php3?ca=45...634182&issue_id=6346
He is no longer living, but I contacted his son, Gerard, who recently released a CD in his honor, entitled "Legacy of a Quiet Man", a collection of songs by Dick Farrelly, Sinead Stone, and Gerard Farrelly, which is now available and can be obtained online at http://www.openear.ie and perhaps elsewhere as well. Gerard Farrelly writes, "My dad composed the 'Isle of Innisfree' on a bus journey to Dublin from his home town of Kells, county Meath in 1949. The song was published by Peter Maurice Music and there was a recording of the song which didn't make much noise (to quote my dad), and sometime later was then recorded by the wonderful Bing Crosby." (The date I found for the Crosby recording was 1951.) "Film director John Ford heard a version of the song while filming in Ireland and loved it so much that he made it the theme music of the film 'The Quiet Man.' The song would therefore not have been in a film prior to 1951 or 52. I don't know if Deanna Durbin ever recorded it, but I don't think so." I asked Mr. Farrelly if I was at least right about the Irish national anthem, to which he replied, "The Irish National Anthem is indeed a song titled 'The Soldier's Song.'" A famous Irish poet of which Mr. Bradbury is particularly fond wrote a poem about Innisfree. There even is a recording of it from 1937, but it is spoken, of Yeats reciting the poem. Gerard Farrelly adds, "The poet, William Butler Yeats is of course responsible for the stunning 'Lake Isle of Innisfree.' This poem is about an island on Lough Gill called 'Innisfree' and many people think that my father's song is about the same place because the title is similiar. Dad however was referring to 'Ireland' when he wrote the song 'Isle of Innisfree' using 'Innisfree' as a metaphor for Ireland. The Yeats poem has been set to music a few times over the years by different people and maybe it was the poem as opposed to my father's song that Deanna Durbin sung."
There's no official Deanna Durbin website, but there's a great fan page at www.geocities.com/Hollywood/Academy/5228/ddpage.html listing all her songs and films. There is no recording of hers, either from a film or an album, with "Innisfree" or anything remotely like it in the title. The only film Deanna Durbin made in 1937 was titled "One Hundred Men and a Girl." Her last film is listed as being from 1948--in other words, a year before this song was even written! Still not quite ready to give up entirely, I asked Mr. Farrelly whether he knew of ANY films featuring this song! He replied, "There are three films which The 'Isle of Innisfree' is involved and I think there may well be a forth. The melody as you know is the main theme of 'The Quiet Man' and is largly used as the love theme featuring in all the love scenes as well as its' use during the opening credits sequence. 'Innisfree' is also used in the soundtrack of ET when a scene from 'The Quiet Man' is shown."

(So at least it got into one of Bradbury's favorite films!)

"The melody is again used in the soundtrack of a British film made for television titled 'Distant Voices Still Lives.' The melody is played during a scene where a man dies."

Naturally I was disappointed not to locate what I was after--add Deanna Durbin singing "The Lovely Isle of Innisfree" to those things which exist only in Bradbury's "alternate universe"! I did, however, obtain all this information about one of my mom's favorite melodies from her favorite movie of all time! She's seen "The Quiet Man" at least 50 times and pops it into the VCR whenever she's feeling down. In fact, the strains of "The Lovely Isle of Innisfree" were such a sure tipoff Mom had hit rock bottom, I would just hear the music start and ask, "Mom, is it THAT bad?"

As to Ray Bradbury's possible reaction to all this, here's a little quote from Ray's section of the book "Mars and the Mind of Man." "You see, nine-year-old boys are always finding me out. A few years back, one dreadful boy ran up to me and said: 'Mr. Bradbury?' 'Yes?' I said. 'That book of yours, _The Martian Chronicles_?' he said. 'Yes,' I said. 'On page 92, where you have the moons of Mars rising in the East?' 'Yeah,' I said. 'Nah,' he said. So I hit him. I'll be damned if I'll be bullied by bright children. Needless to say, I've never revised _The Martian Chronicles_ based on new information given me by young boys." Luckily I'm older than nine, not a boy, and well out of striking distance. I AM, however, cancelling my plans for an expedition to Mars to search for Ylla's house. So there! And top o' the mornin' to ya!


dandelion
Gerard Farrelly's website is now up and available to view! All are invited to check it out at www.stoneandfarrelly.com and to recommend it to anyone you know who may be interested!
Mr. Dark
How do you know so much stuff? Are you a professor, an explorer, or both?
dandelion
Since someone just asked about this again, I believe I mentioned this on another thread, but I'll bump this one up by saying, it seems Richard Farrelly merely wrote words to a tune which was ancient and may have gone under several titles. The current title comes from Mr. Farrelly's lyrics, but he didn't write the tune.
Braling II
Just bumping this up because I heard "The Lovely Isle of Innisfree" last night. My wife loves the CD "Celtic Woman" and it's one of the songs contained therein. I got her the Celtic Woman DVD, and saw the performance of that song. Lovely singing throughout, and an excellent production. Not really my thing, but this is one source for the tune should anyone want to hear it.

http://www.celticwoman.com/index.asp
dandelion
Time to give this its annual St. Patrick's Day bump.

If your local PBS station shows the High Kings concert, don't miss it! They play many of the wonderful traditional songs so well! These guys are great!
Doug Spaulding
Happy Quiet Man Day!

patrask
What ever happened to Tommy Machem and The Clancey Boys? I just happened to be attending a St. Patty's Day party at a neighbors house and they were showing the Celtic woman DVD and I watched most of it. A little to gay-hollywood for my taste, too much like an Irish ABBA. Give me the old "We Hate the Britsh" type of songs that I heard in the Irish pubs around Boston in the early eighties when I visited there often. I used to listen to a local folk music station out here on the coast on Saturday nights and they would always play such things, as well Malvina Reynolds and the gamit from Leadbelly to Odetta. Great stuff, that. I had my Irish coffee for this week. Top 'o the Morning to ya!
Doug Spaulding
One of my modern favourites is Black 47.

dandelion
It seems only one of the Clancy Brothers, Liam, is still alive. The others and Tommy Makem have gone to their rewards, God rest 'em, leaving behind a wonderful musical legacy.

One of the members of the High Kings is the son of Clancy Brother Robert, and during one part of their act they don the authentic Clancy sweaters.
dandelion 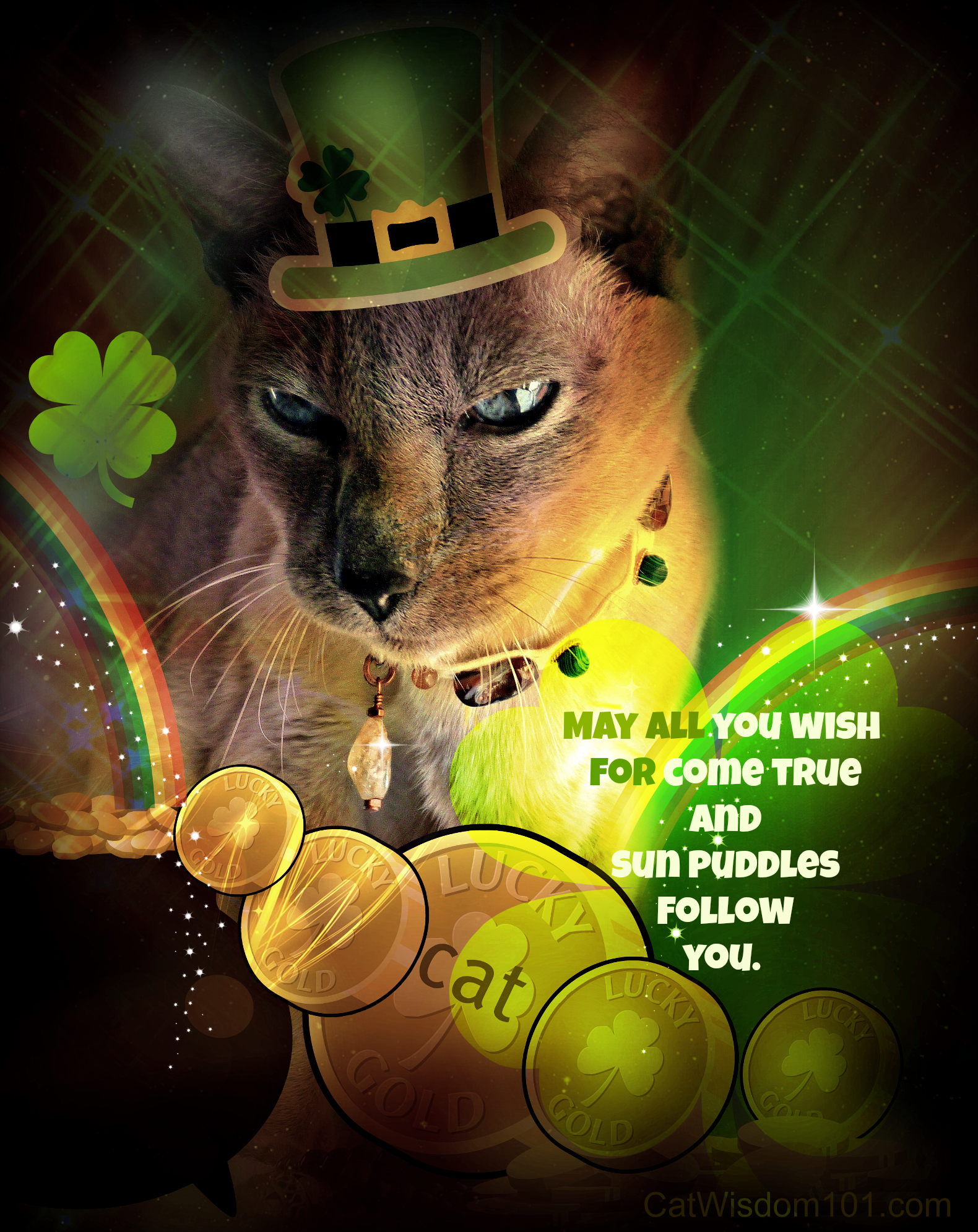